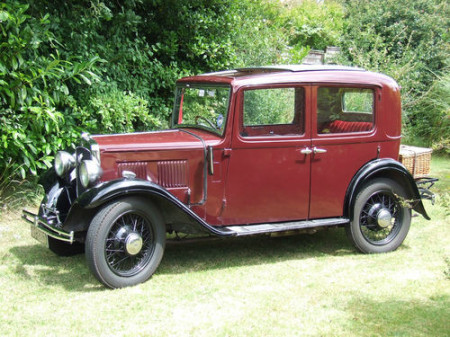 She was purchased locally in August 2012.

The Austin 10 was launched in 1932 and was Austin's best-selling car in the 1930s and continued in production, with upgrades, until 1947.

In advertising material of the time Austins were described as :-

"Trustworthiness is the most notable feature of the Autins cars. They have gained an unsurpassed reputation for dependability, and they are made thoughout with the object of reducing to a minimum the work of maintenance".

The Austin Ten was also described as " a sturdy car with the classic side-valve four-cylinder engine with a top speed of over 56 miles an hour".